We have been invited to the 9th Gymnasium for the first time since April 2017. 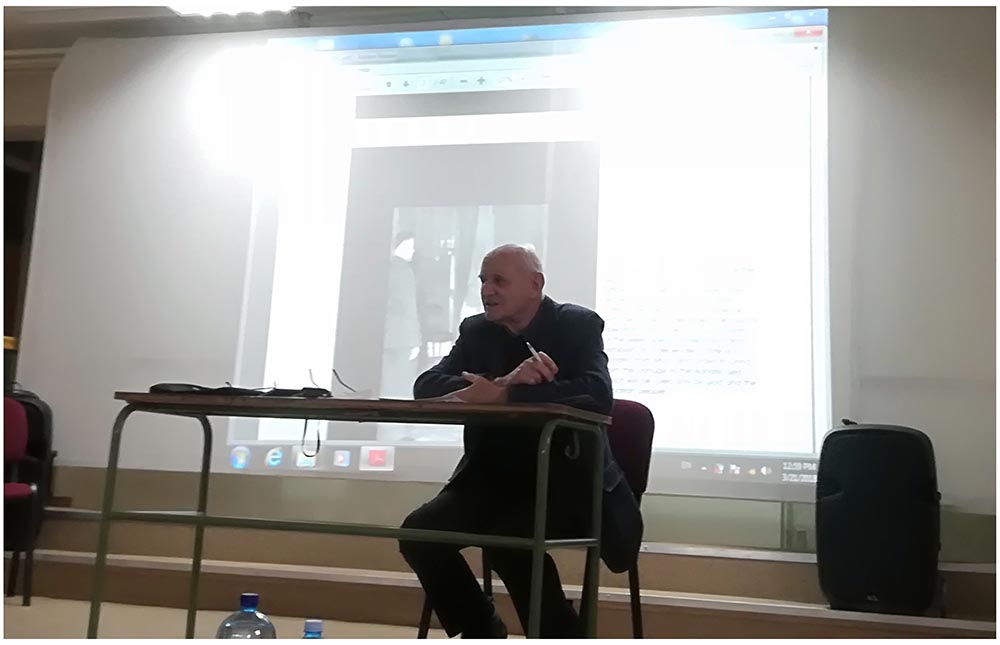 On 21 March 2018, representatives of the Association of Camp Prisoners-Jasenovac (Milinko Čekić, Jelena Radojčić and Snežana Dragosavljević) and the Museum of Genocide Victims (Dr. Nenad Antonijević) were guests of the Ninth Gymnasium Mihailo Petrovic Alas in New Belgrade. The host of the event was history teacher Vesna Kovačević. The meeting lasted the length of two school classes , and there were about 100 students present. Former detainees Milinko Čekić and Jelena Radojčić talked to the students about their suffering in the detention camps of the Independent State of Croatia, as well as the fate of their families. Nenad Antonijevićspoke about the genocide against the Serbs in the Nazi-Clerical state that was the ISC and about the activities of the Museum of Genocide Victims.