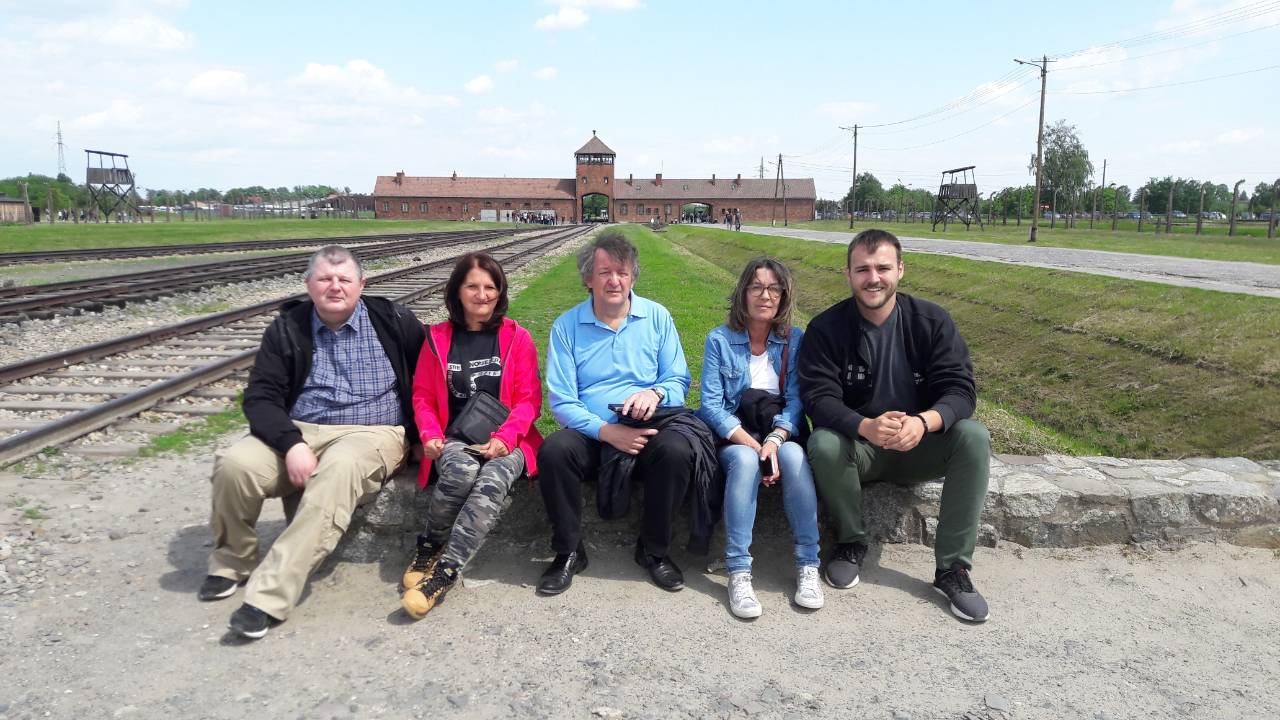 Following an already scheduled program of study visits to various memorial centres across the world, the representatives of the Museum of Genocide Victims - Veljko Đurić Mišina, Jasmina Dimitrijević, Nenad Antonijević and Gordana Šeatović, Expert Associate Bojan Arbutina and special guest VladanaLilić from the University Union-Nikola Tesla Belgrade – visited Krakow and Auschwitz in Poland, as well as Budapest in Hungary. En route, we passed throughBrno in the Czech Republic, Bratislava in Slovakia, Vienna in Austria andSzentendre in Hungary.

We began our journey on 13 May at 10:00 CET. We arrived in Krakow at 23:00 CET. On Monday, we visited the Auschwitz Concentration Camp complex, where we were welcomed by Ms. Dorothy Jacques. As an experienced professional guide, Ms. Jacques took us through the memorial complex. At the end of the meeting, we presented her with a gift.

The next day, we visited the so-called Jewish Quarter in Krakow, where we were welcomed by Anna Makowka-Kwapisiewicz of the local Jewish Association. She talked to us about the history of the Jewish community and the fate of its members in World War II and took us for a sightseeing tour. She was very interested in the work of our Museum. We told her about our plans for the memorialization of StaroSajmište, the former Concentration Camp Zemun, which used to be under the German administration and in the territory of the Independent State of Croatia. 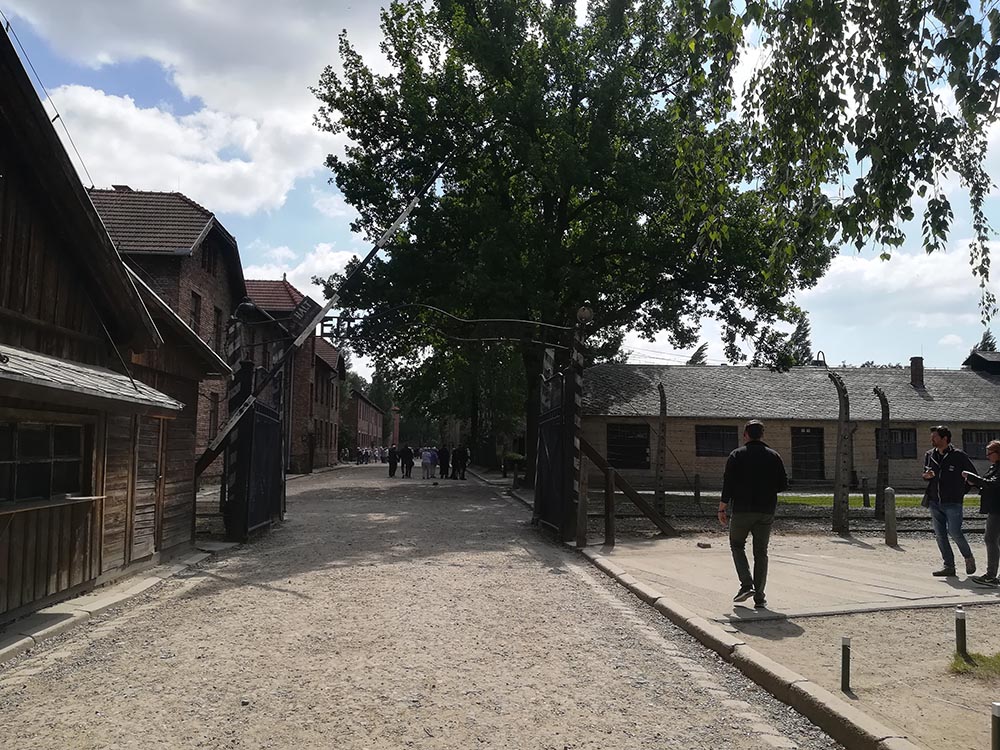 Then we visited the Krakow City Museum, which is located in the place of what used to be Oscar Schindler’s factory. We were welcomed by Monika Bednarek, Public Relations Manager. During a friendly conversation, we heard interesting things from the history of that memorial, about the structure, visits and finances. In the end, we received invitations to participate in the upcoming professional gatherings. We also received a special gift from the Krakow City Museum.

On the way to another memorial center in Budapest, we spent some time in Brno, Bratislava, Vienna and Szentendre (an important town for Serbian history).

In Budapest, we looked at the permanent exhibition of the Holocaust Museum.

We returned to Belgrade on May 18 about 2:00 CET. Next up in our plans are scheduled visits to Mauthausen and Dachau.