NGO Serbian War Veterans Kikinda and Museum of Genocide Victims, for years now, are commemorating anniversary of great tragedy that took place on the 5th of August 1995 when Republic of SrpskaKrajina was destroyed and its people vanquished from ancestral homeland.

This year, due to the generosity of Cultural Center in Kikinda, exhibiton of aquarel paintings by Mr. ZdravkoMirčeta – renowned artist from Krajina and one of the founders of monastery art fraternities – was installed.

Paintings are memories on his pilgrimages to the numerous Serbian monasteries from Krka in Dalmatian Kosovo to the Gračanica on Kosovo and Metohija. 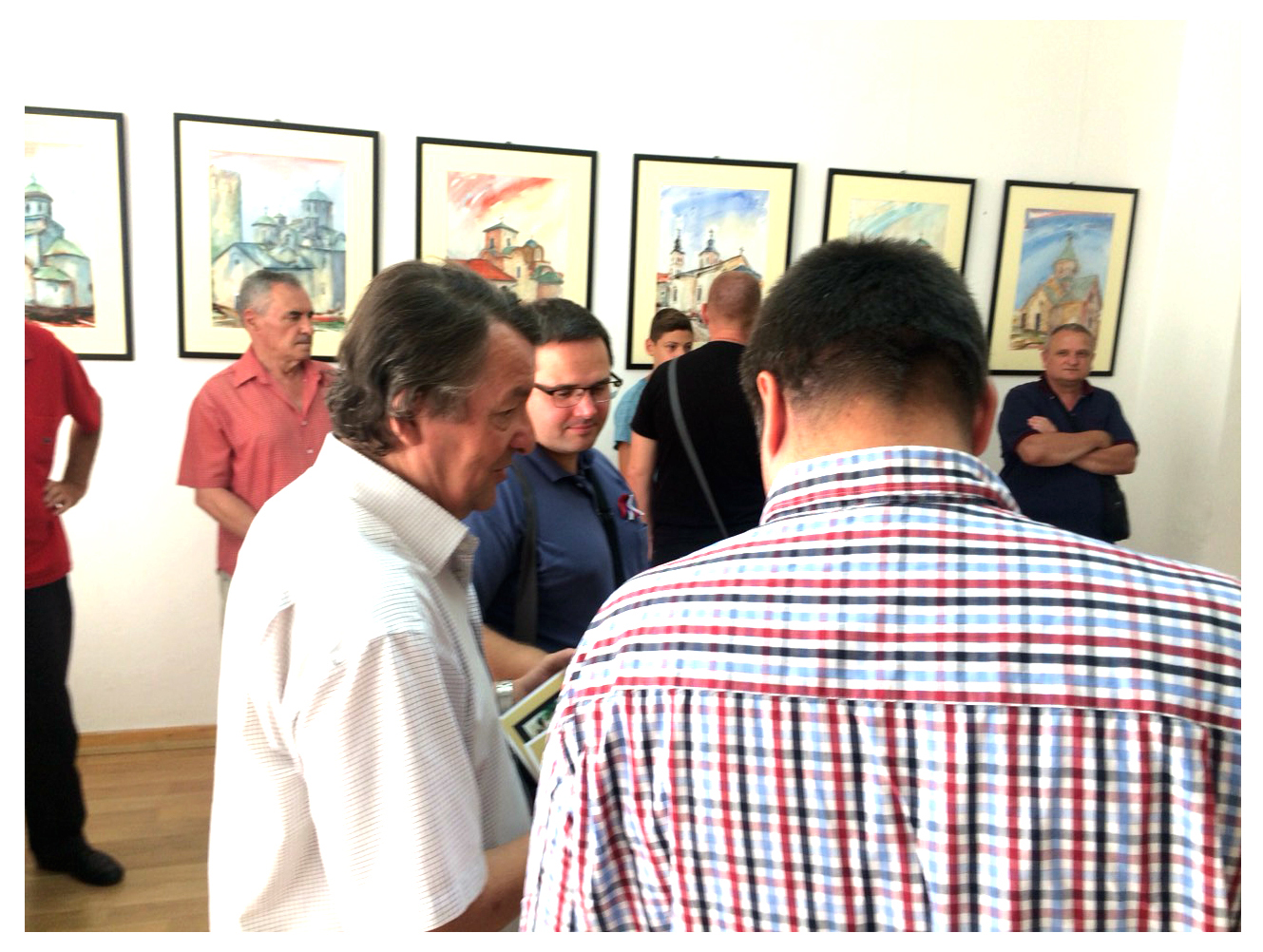