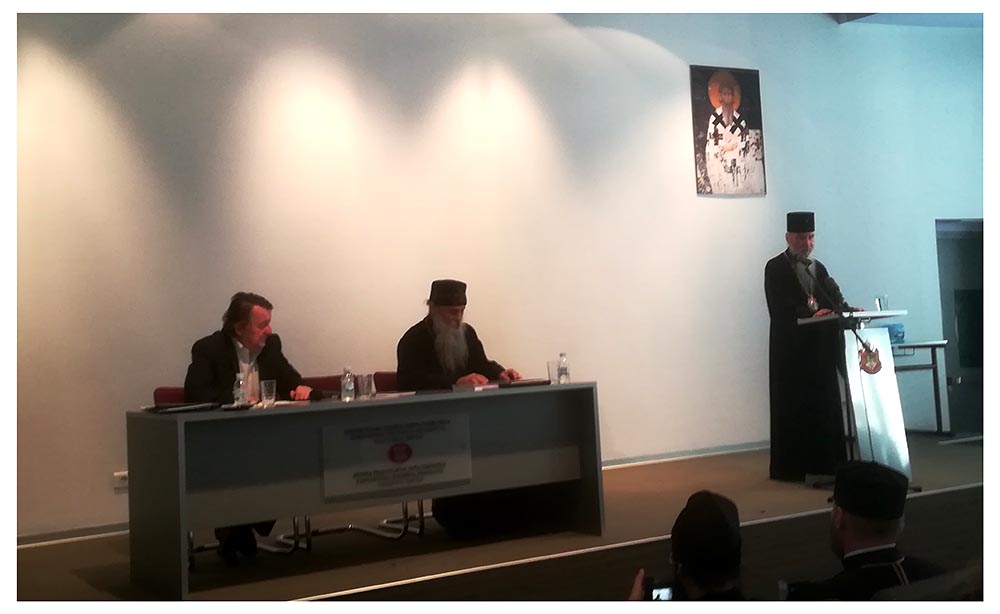 There are many aspects of cooperation between Jasenovac Committee of the Holy Assembly of Bishops of the Serbian Orthodox Church and Museum of Genocide Victims. Joint conferences and publications are of particular importance.

Director of the Museum, Dr. VeljkoĐurić Mišina, has presented programs and activities of Museum, particularly publishing. He has announced two major projects. First project is the publishing of archival documents in regard to the life of Professor Dr. KrunoslavDraganović, who was Vatican’s priest, close associate of Archbishop Alojzije Stepinac of Zagreb and of the organizers of so called ‘rat channels’; secret channels used by Nazis, Ustasha and their allies in order to escape from Europe to South America. Second one is the project under the working title ‘Encyclopedia of the genocide in Independent State of Croatia (1941-1945)’. More information about reasons behind it and the content of this project was provided by historian DraganDavidović.

Dr. Radovan Pilipović, director of Serbian Orthodox Church Archives, has spoken about the book of MihailŠkvarovski – ‘Holocaust and Orthodox Churches in the Second World War’.

Second part of the Symposium was reserved for the talk between His Grace Bishop Jovan of Pakrac and Slavonia and Mr. LordanZafranović;about his movies and the circumstances in which they were filmed.

Symposium was the part of the one-week long commemoration of New Martyrs of Jasenovac. Central event of the commemoration was the liturgy in the Church of Nativity of Saint John the Baptist, atJasenovac Monastery.