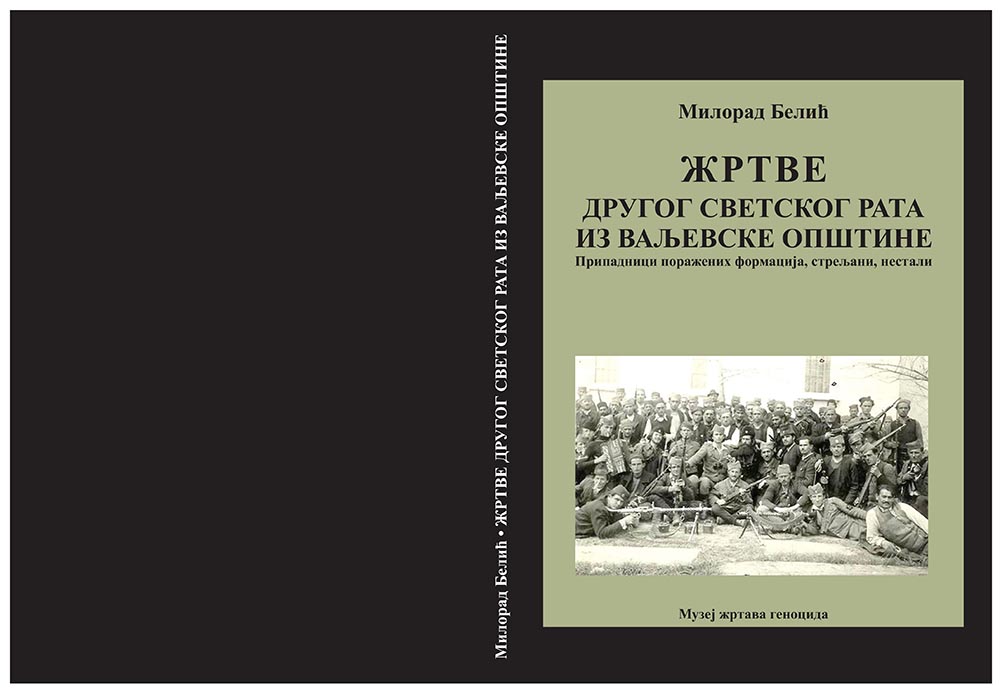 Museum of Genocide Victims, within the framework of Law on establishment of the Museum of Genocide Victims and according to its principal activities, special attention dedicates to publishing. We think that, by publishing the findings of research projects, which are dealing with smaller territorial units,we are contributing to the research efforts of academic community; especially, when it comes to under researched topics and areas!

Soon, from the printing press, we are going to publish history study by MiloradBelić, ‘Victims of Second World War from Municipality of Valjevo. Members of defeated formations, shot and missing persons’.When it comes to the local historiography, this is the first, professionally researched, study which deals with the revolutionary terror of partisan units; additionally, it brings lists of victims and other relevant data which were obtained during the author’s perennial research.

Publication of this research project was supported financially by the Parliament of the Municipality of Valjevo. Presentation of its findings is scheduled for 22nd of October 2018.