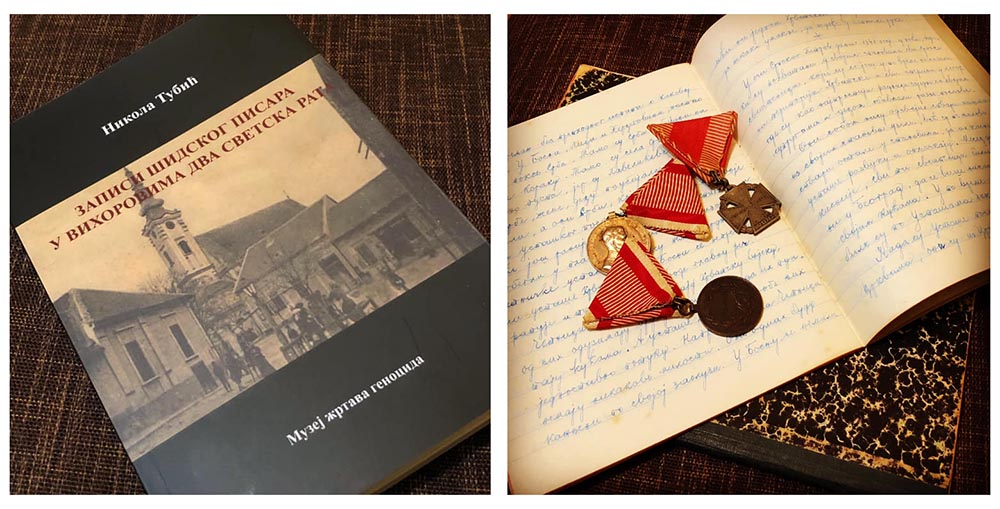 Museum of Genocide Victims has expanded the number of its publications by publishing manuscripts of Nikola Tubić under the title ‘Notes of Clerk from Šid during the Whirlwinds of World Wars’. The book has been presented in Šid, on 13th of December, at Gallery ‘Ilijanum’ which is named after the famous painter Ivan Baščević Bosilj. 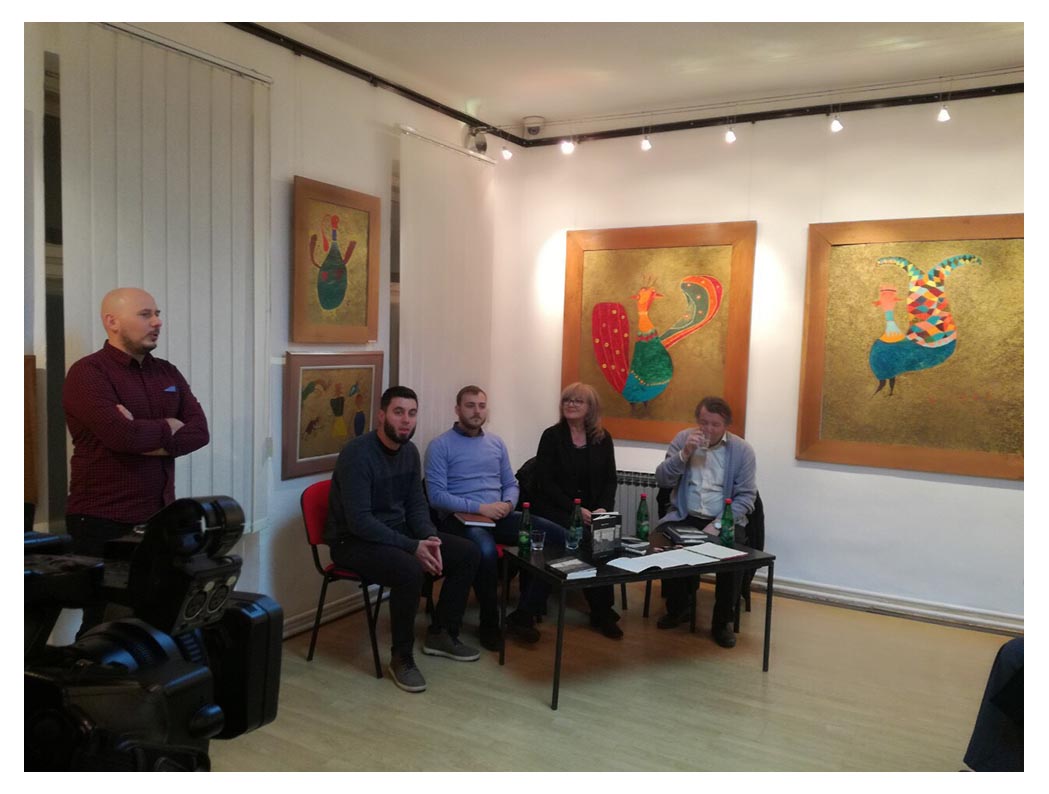 On behalf of the host, Radovan Sremac addressed the audience, followed by Veljko Đurić-Mišina and Stefan Radojković from Museum of Genocide Victims who spoke about Museum’s acitivities and plans; Bojan Arbutina, Museum’s research associate, spoke about content of the book, and Slobodanka Danka Kojadinović shared some information on the idea behind the initiative to publish the manuscript.

Among the numerous audience, in front seats were Cvetanka (1921) and Milorad (1924), son and daughter of Nikola Tubić.