Museum of Genocide Victims cooperates with various organizations which preserve memory on the tragedies of Serbian people during the 20th century. One of those is Association of families of kidnaped and missing persons from Kosovo and Metohija. 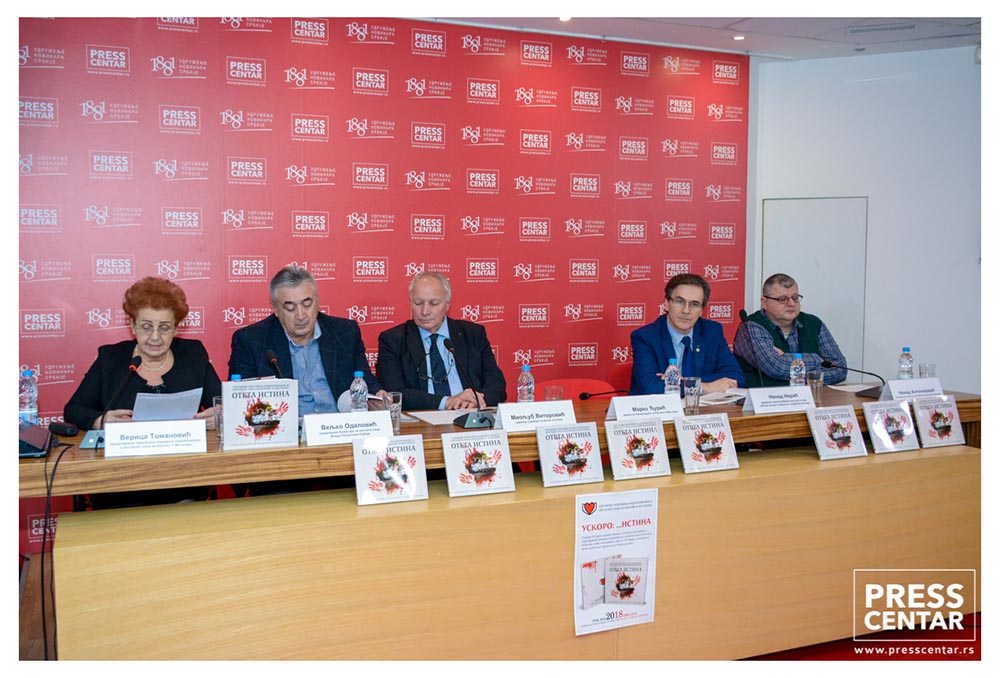 Dr. Nenad Antonijević, Museum’s counselor, took part in presentation of the photo-monograph ‘Abducted Truth’ which reminds of the fate of the abducted and missing people from Kosovo and Metohija during the period 1998-1999. Presentation was held at the Press center of the Association of Serbia’s Journalists (UNS), and keynote speakers were: Mrs. Verica Tomanović, president of the Association of families, Mr. Veljko Odalović, president of the Commission for missing persons of Government of Serbia, Mr. Mioljub Vitorović, Deputy Prosecutor for the war crimes and Mr. Nenad Nerić, State Secretary of the Ministry for work, employment, combatant and social affairs