Museum of Genocide Victims commemorates 22nd of April – day when last inmates of Concentration camp Jasenovac tried to break out – by varies activities.

Due to the fact that Serbian Orthodox Church commemorates same date in a special manner, and that there is fruitful cooperation between the Museum and Jasenovac Committee of Serbian Orthodox Church, Dr. Veljko Đurić Mišina has attended liturgy in Mlaka (village near Jasenovac, once part of the Concentration camp) as well as the meeting at the Monastery of Saint John the Baptist, in Jasenovac.

Mlaka was the part of Concentration camp Jasenovac from which approximately 12.000 Serbian children was saved by Diana Budisavljević. Fresco on the wall of church in Mlaka commemorates her heroic endeavor. 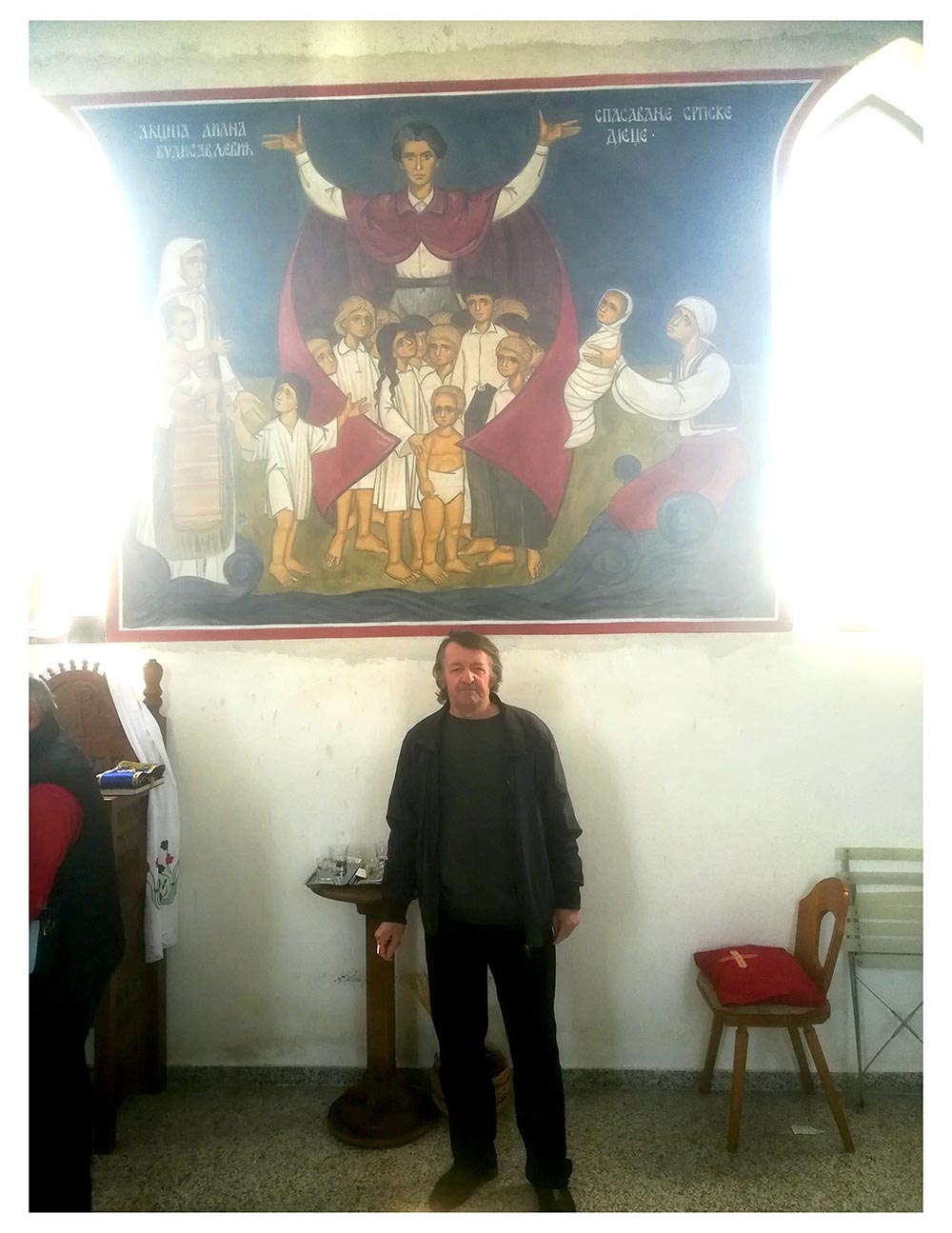