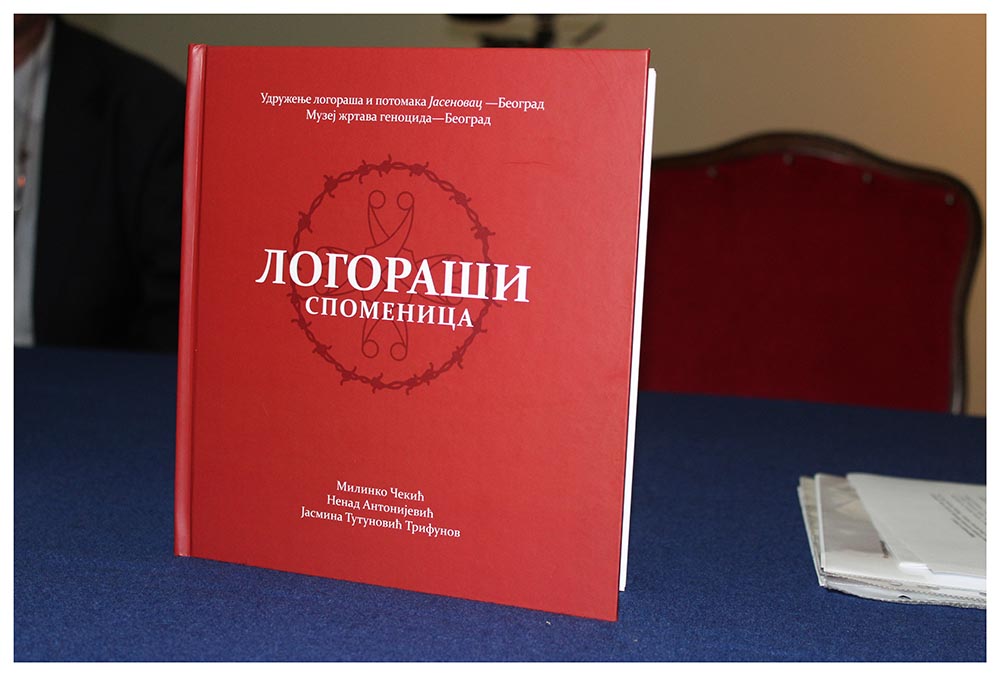 Through the cooperation with Association of Jasenovac prisoners and their descendants from Belgrade Museum of Genocide Victims has published photo-monograph ‘Prisoners – Memorial Book’. Memorial book was published in order to commemorate sixty years of this Association and of their endeavors to preserve memory on grave crimes committed by Independent State of Croatia during World War II. Authors are Mr. Milinko Čekić, prisoner of Jasenovac Concentration Camp and honorary president of the Association, Dr. Nenad Antonijević and Dr Jasmina Tutunović Trifunov both from Museum of Genocide Victims. 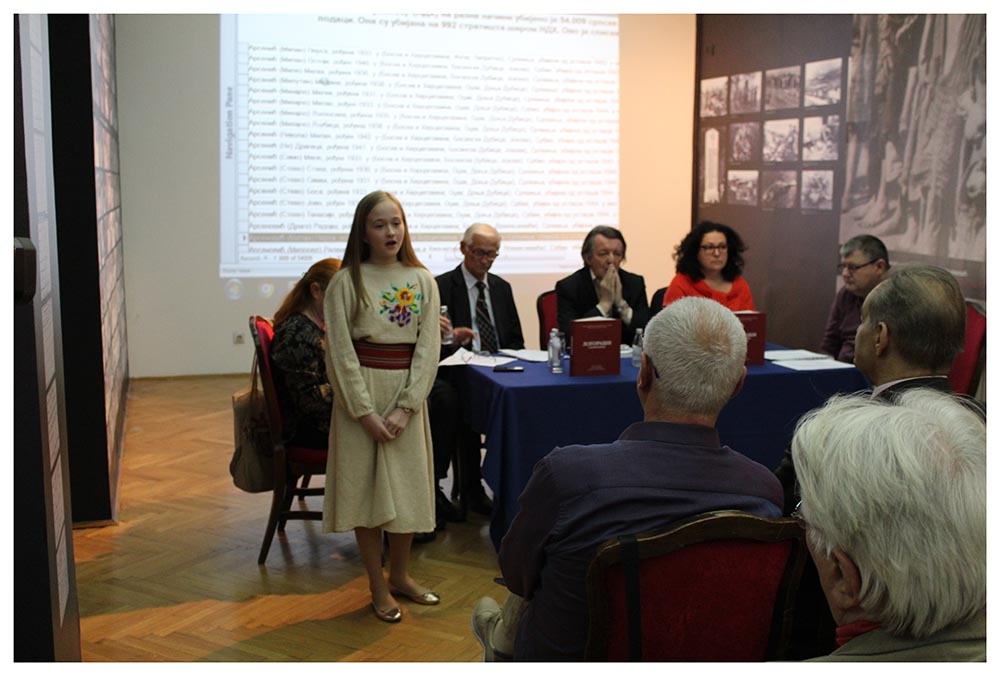 Presentation of the memorial book was held at Grand Gallery of Central Military Club in Belgrade. Program started and ended with appropriate songs sang by Ms. Dijana Dragosavljević. Alongside authors, book was presented by Mr. Slavko Milanović, President of the Association and Dr. Veljko Đurić Mišina, Director of the Museum. 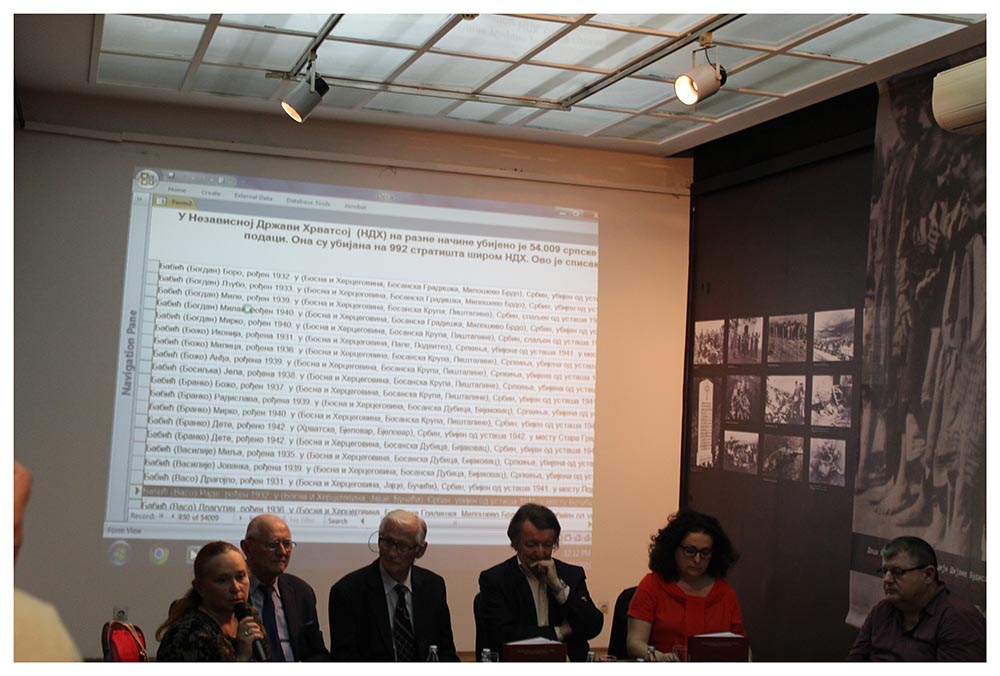 Memorial book has informations on history of the Association, its members, jubilees, commemorations and recorder memories of Jasenovac prisoners. Special section of the memorial book is dedicated to Ms. Diana Budisavljević who saved around 12.000 Serbian children from concentration camps in Independent State of Croatia. Many of those saved children are members of the Association. Distinct part of the book is dedicated also to Mr. Dragoje Lukić, former prisoner of Jasenovac and person who dedicated his life to research the fate of children during World War II. 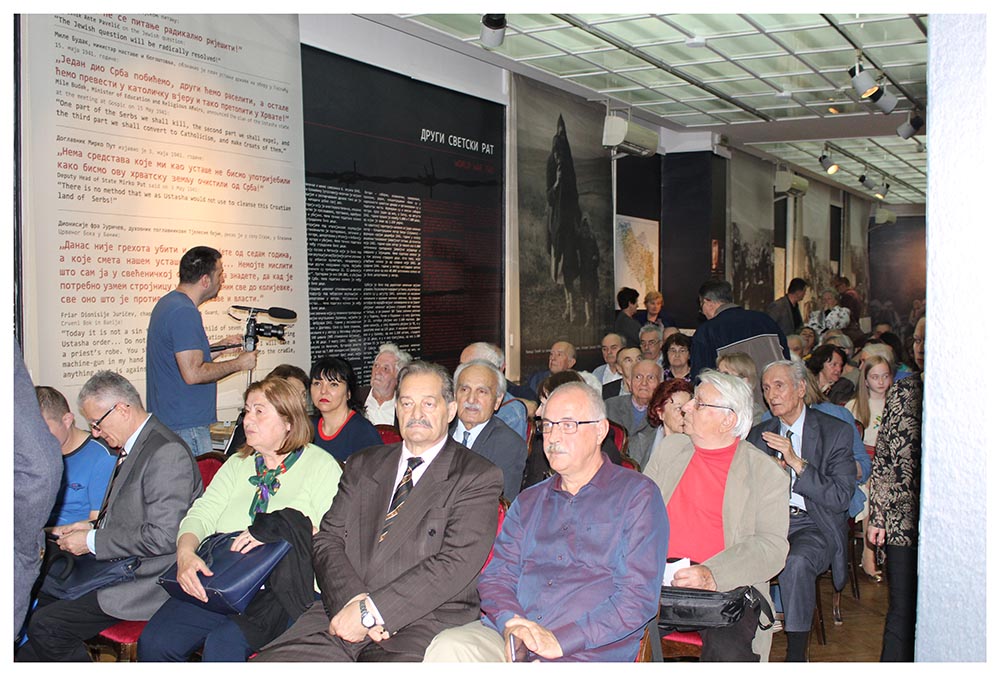 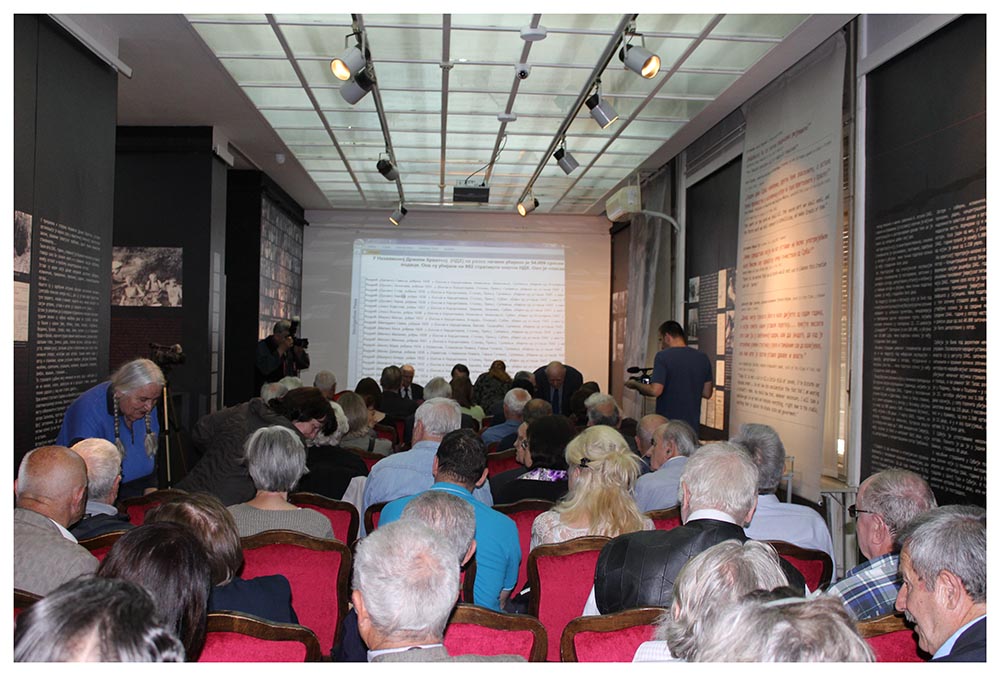